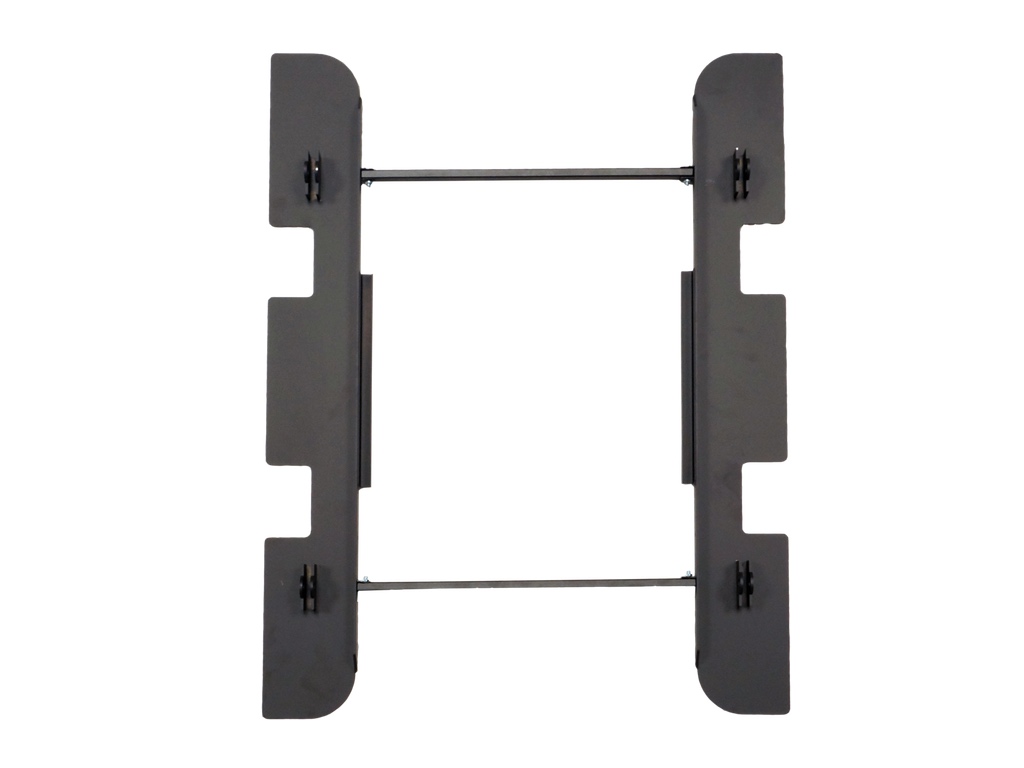 The Line Array system of WORK PRO, ARION 5, now can be completed with a new set of accessories (A 51) which makes it a versatile audio solution capable of adapting to different assembly configurations.

The set of accessories A 51 is composed of two groups:

FS 1: to install the subwoofer on the floor. FS 2: to attach the satellites of the ARION 5. In this case, just by modifying the position of the accessories, it is possible to set two different configurations: a) "pole" position (vertical) with the subwoofer placed at the base, b) "rigging" position with the satellites flying attached to a truss structure or fixation points of the ceiling.

FS 1: accessory to install the subwoofer to the floor.

This group of accessories is composed of two floor fixation plates and two transverse bars that link the set. FS 1 allows to obtain a surface where it is possible to place the subwoofer of the ARION 5, taking advantage of the insertion points of the pin-bolts and the anti-slip surface.

FS 2: accessories to affix the satellites of the line array system.

As we mentioned earlier, this group of accessories can be used in two different configurations: "pole" and "rigging" position. The "pole" position of the FS 2 set, along with the FS 1 set, configures an independent and portable audio system suitable for outdoor and indoor installations, such as live concerts, presentations and meetings, celebrations, etc.

This fixation set makes possible to point the satellites in both axis in order to offer an optimal dispersion thanks to the two rails placed in the central piece which incorporates several fixation points with different angles. This is a safe and easy-to-install system. Besides, it adds security pin-bolts as well as a set of screws to affix all the pieces.

The FS 2 set of accessories offers also the "rigging" position, an assembly system that, even if it is totally opposite to the "pole" position configuration, does not require to use additional accessories or to make the assembly process complicated: just by replacing the position of two accessories, users get a safe bracket to "fly" the line array system ARION 5 from a truss structure or fixation points at the ceiling. This "rigging" position is perfect suitable for fixed installations, such as theatres, banquet halls, conference rooms, etc.

So far, there are no questions related to this product.

Register to be able to ask a question about this product.