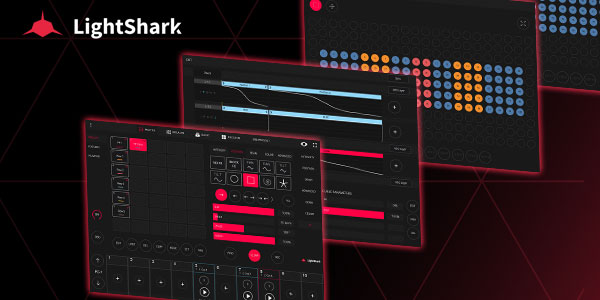 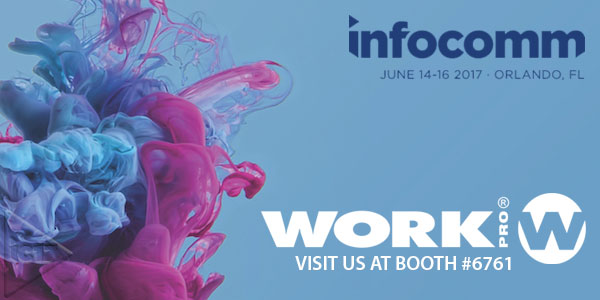 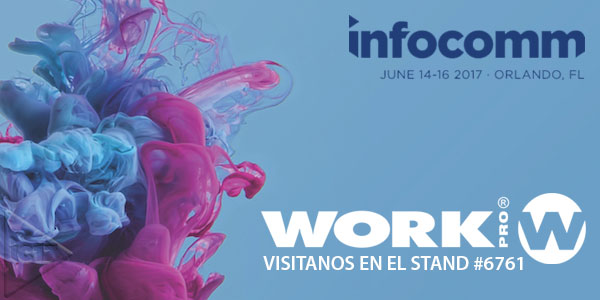 WORK PRO is consolidated as an innovative brand with its new products, coming soon at infoComm 2017.

WORK LIFTERS has always been focused on leading the lifters business in terms of safety and usability. After the entry into force of the new DIN56950 standard and the consequent DGUV17/18 standard, the WORK LIFTERS engineering team has been working hard to make a series of lifters compliant with these new limitations, WTS Series. This series has become a new generation of lifters, with better specifications and safer than ever.

Within the WTS Series, the WTS 1206 model has to be emphasized. Thanks to this lifter, WORK LIFTERS becomes the first company of the sector that manufactures a front load lifter that supports 1200kg of load at 6,5 meters of height, working in structural mode. This mode elevates the lifter without any load once it is unfolded, so the lifter is used as a fixed structure and manual or electric hoists are used to lift the load.

To develop this new lifter, WORK LIFTERS has redesigned the base of its own lifters, offering higher stability when the lifter is totally extended, thanks to the new telescopic lift braces (5 variable positions). In addition, it is possible to check and see the last section of the cable for a better control of it and, thanks to the sticker on the load fork, the user is informed about the maximum weight that can be lifted in each possition.

"Safer than ever" is the new motto that WORK LIFTERS has been using for a few months, a turning point for the brand since the implementation of the new DIN56950 standard and the consequent DGUV V17/18 standard, which replaces the well-known BGV C1, which has become obsolete.

To make all this possible, WORK LIFTERS has designed 3 new patents: WireDrive, Dynamic Overlap and Dynsys, which provide the lifters with the extra safety needed to comply with the new regulations.

Thanks to all these innovative advantages WORK LIFTERS is getting consolidated as an international renamed professional brand.

WORK PRO presents at infoComm the improvements on its control platform that includes the software WorkCAD 3 and the BlueLine family, which together form a complete and revolutionary AV platform.

WorkCAD 3 is an application that runs under Windows, Android and iOS devices and controls audio, video, lighting devicesd... providing the flexibility and configuration options that integrators need. Its step-by-sep and Drag-and-Drop philosophy offer a quick and easy working environment, where no programming or scripting knowledge is required. The appearance and functionality of its interfaces are only limited by your imagination. Its friendly and intuitive environment, its easy and powerful editor for create layouts, its responsible control interface for any device and its totally customizable appearance makes the WorkCAD 3 an incredible and powerful AV platform.

But when the platform really becomes a powerful solution is when WORKCAD3 is combined with the devices of the BlueLine family, the multi-room audio streaming and remote control of all types of devices solution. Although BlueLine started as a solution to quickly design and deploy multi-zone and multichannel audio systems using IP networks, BlueLine has evolved. In this way, BlueLine not only integrates audio streaming, but also incorporates control devices such as the advanced BL-AC1, a device capable of sending and receiving signals via Ethernet, RS232, RS485, IR, GPIO .... All this controlled from WORKCAD 3.

With BlueLine and WorkCAD 3 we can design distributed audio and control systems, in which the user can use the wall-mount controllers, tablets, computers or the new PoE programmable touch panel, WAC 7, to control all the devices from any part of the installation.

Finally, WORK PRO launched a few weeks ago a new concept of lighting console that changes the way of working used until now. We are talking about the LightShark project, a lighting software that, unlike what exists until now, is neither installed nor operated entirely from a console.

It is a system based on WEB, offering the possibility to be controlled from many devices as PC / MAC, tablets or smartphones, operating with the software whitin the light console. The console (the first in the series to come), named LS-1, has playback faders, flash buttons, encoders and a 4.7 "screen that interacts with the processor and, at the same time, via Wifi its showed a graphical interface and the power of a touch monitor in another device. In this way, several advantages are obtained:

With up to 8 DMX universes, LightShark offers enough power to perform small and medium events.